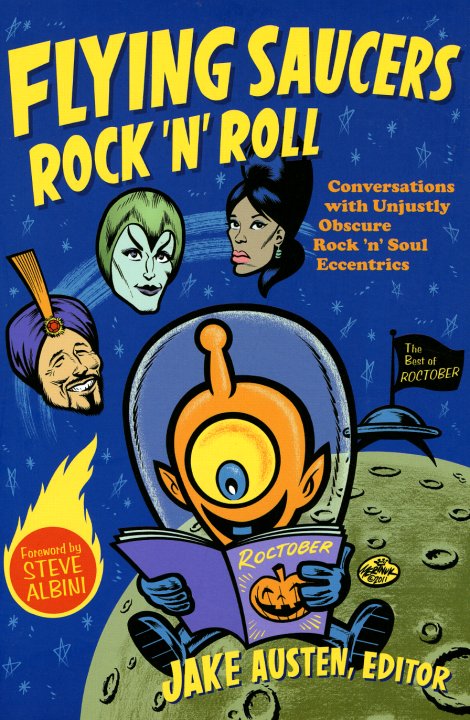 The best (truly – they got this book right) of Roctober gets a classy rock 'n' soul book compilation from Duke University Press – an incredible collection of interviews that were featured over the years in the great DIY magazine over the years! Interviews with musical legends who should be household names (a few of which are) and infamous figures alike, from soul, R&B and jump blues to country, garage rock and beyond – including Oscar Brown, Jr., David Allan Coe, The Fast, Sugar Pie DeSanto, Sam The Sham, The Good Rats and many more – plus images and illustrations from the pages of Roctober. Flying Saucers Rock 'N' Roll is edited by Roctober main man Jake Austin, who also penned many of the original pieces, along with James Porter, Ken Burke, Mike Maltese, Dan Sorenson, Jonathan Poletti. Forward by Steve Albini. Paperback, 290 pages.  © 1996-2023, Dusty Groove, Inc.

Tony Allen – An Autobiography Of The Master Drummer Of Afrobeat
Duke University Press, 2013. New Copy
Book...$18.99 23.95
The autobiography of Afrobeat pioneer Tony Allen – perhaps the most legendary Nigerian drummer alive! As told to co-author/interviewer Michael E. Veal, Tony lets us on his amazing life story in an inviting, easily readable way. Lots of great stories from throughout his life and career are ... Book

Breaks In The Air – The Birth Of Rap Radio In New York City
Duke University Press, 2022. New Copy
Book...$18.99 25.99
The birth of hip hop on the streets and in the clubs of New York City has been well documented over the years – but once the music got going, the airwaves of the city were an equally important force in spreading the music – and this well-done book is the first time that anyone's really ... Book