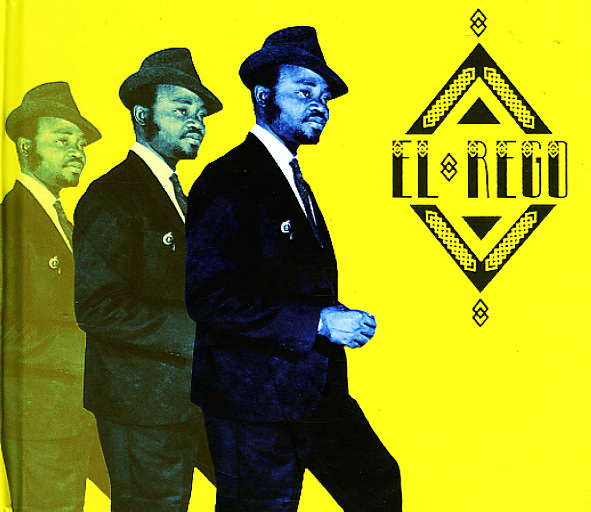 Monumental Afro Soul from El Rego Et Ses Commandos – El Rego's best recordings from the late 60s to early 70s – a beautifully done compilation put together by Daptone and Frank Gossner, the deep digging West African music expert behind Voodoo Funk! Theophile Do-Rego is a legend in his native Benin, essentially credited as the godfather of Benin funk – but to date, he hasn't been celebrated around the world nearly as famously as the superstars of African music hailing from Nigeria and Ghana. That's something that can change really quickly if enough people pick up this truly great compilation of pioneering recordings. Singer El Rego and his excellent, diversely capable band – sax and flute by Baboni Oudou, sax by Michel Diogo, guitar by Oscar De Souza, trumpet by Emmanuel Ganssounou, guitar by Roger Coffi, tumba by Marcelin Kpohonon, additional vocals by Christian Agueh, and bass by band leader Paul Hounnou – take a tighter approach to funky soul. Just a couple tracks on this set roll past the 4 minute mark – which gives it a tighter soul sound, along with some Benin blues and some riveting JB-indebted vocal affections. We owe Voodoo Funk and Daptone big for putting this together! Includes "Feeling You Got", "Zon Dede", "E Nan Mian Duku", "Dkobime", "Dis-Moi Oui", "Djobime", "Hessa" (the centerpiece of the album, 3 minutes of Afro Soul perfection. . .the whole set is great, but this track is unforgettable), "Kpon Fi La", "Do Do Baya", "Vive Le Renouveau", "Achuta", "Cholera" and "Ke Amon-Gbetchea".  © 1996-2021, Dusty Groove, Inc.
(Includes download!)

Lila
Daptone, 2021. New Copy
LP...$16.99 19.99 (LP...$18.99, CD...$12.99)
A fantastic little record – served up by a group of Moroccan musicians working in New York, where they've clearly found a way to expand their sound nicely from their roots! As you might guess from their name, Innov Gnawa are proponents of the hypnotic grooves you'd find in Moroccan gnawa ... LP, Vinyl record album