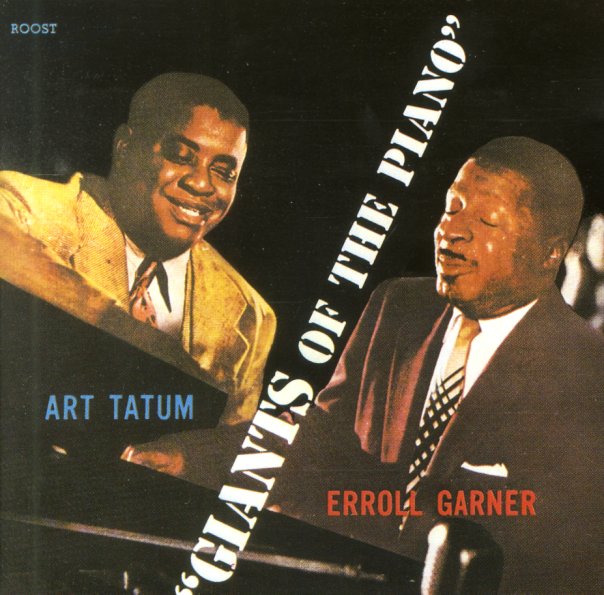 Giants Of The Piano

A side each of material from these two wonderful pianists – both fantastically rhythmic players, in great company together!  © 1996-2022, Dusty Groove, Inc.
(Nice Japanese pressing, with obi – YW 7803 RO.)

Moonlight In Vermont
Roost, 1952/1953. Very Good
LP...$24.99
A beautiful document of some of the most laidback jazz ever recorded – the sublime 50s recordings of the Johnny Smith group, done at a time when the lineup included Stan Getz! The tunes on the set feature Johnny's mellow electric guitar setting the pace, alongside wonderfully-blown early ... LP, Vinyl record album

Saxophones Of Sonny Stitt
Roost, Late 50s. Very Good+
LP...$14.99
Magical Stitt work on Roost – an album of marked understatement, from the simple title, standard cover, and lack of session details on the back – all of which might make you think "oh yeah, heard this one before." But one drop of the needle opens the album up immediately ... LP, Vinyl record album