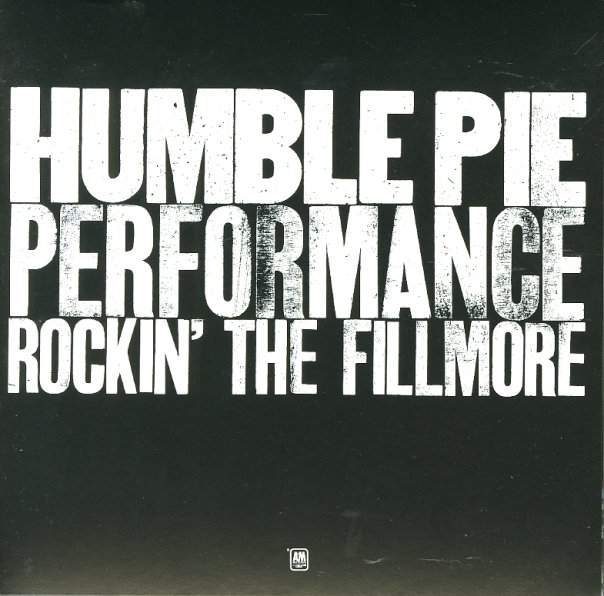 Some of the most hard-hitting work ever recorded by Humble Pie – and that's saying a lot, given the power of the group on other albums! The performance is very unbridled – really open-ended, at a level that showcases not just the mindbending early guitar talents of Peter Frampton (something you'd never guess if you only knew his hits), but also the raw power that Steve Marriott could unleash in the group – quite a change from his work with the Small Faces. The tunes include a number of non-Humble Pie tracks, given a raw bluesy workout on extended versions – and titles include "Four Day Creep", "Stone Cold Fever", "I'm Ready", "Rollin Stone", and "I Walk On Gilded Splinters".  © 1996-2022, Dusty Groove, Inc.
(Cover has light wear and an unglued bottom seam.)

Eat It
A&M, 1973. Very Good+ 2LP Gatefold
LP...$9.99
A new taste from Humble Pie – who moved into more of a rock 'n' soul vibe on 1973s Eat It than the more hard rocking previous couple of albums– originally a double LP of studio material on 3 sides a 4th side of live numbers captured at Green's Playhouse in Glasgow. The Clydie King ... LP, Vinyl record album