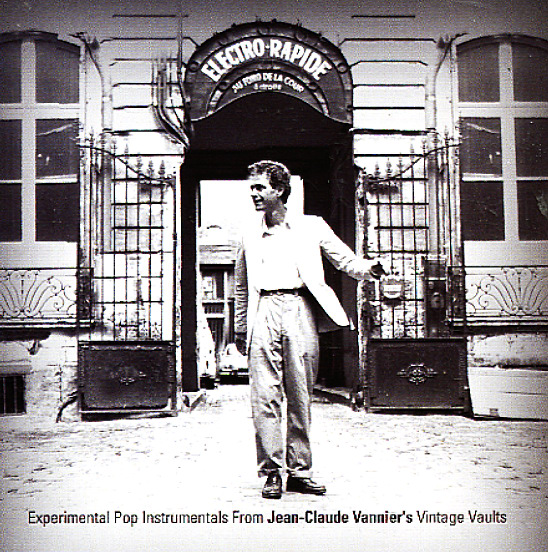 Rare and unreleased instrumentals from the great French orchestral pop composer Jean Claude Vannier – amazing stuff from his personal archive that ranges from loosely haunting passes to more grandly orchestrated bits – funky psych rock backdrops to heavy, tribal percussion numbers! Vannier is as much of a master of setting a mood as he as an expert composer-arranger, and this great set is brilliant showcase of his talent and we'd even say a fine entry point if you're just now being introduced. He's greatly reknowned for the incredible work he did with Serge Gainbourg, as well he should be – but a standout artist on his own, as you're hear here! It's got previously unreleased numbers from his Vannier's own vaults, many from a fertile period in the early 70s, plus rare sound library recordings and more! Includes "Bombard Lamentation" (centered around the reed instrument used most often in Breton music), "L'Ours Peresseux – 1969", "La Girafe Au Ballon", "Claquez Klaxons", "Theme 504", "Road To Cuba", "La Douleur De L'Orchestre", "L'Elephant Equilbriste", "Je M'Appelle Geraldine", "Saturnin Vaca Vaca" and more.  © 1996-2021, Dusty Groove, Inc.