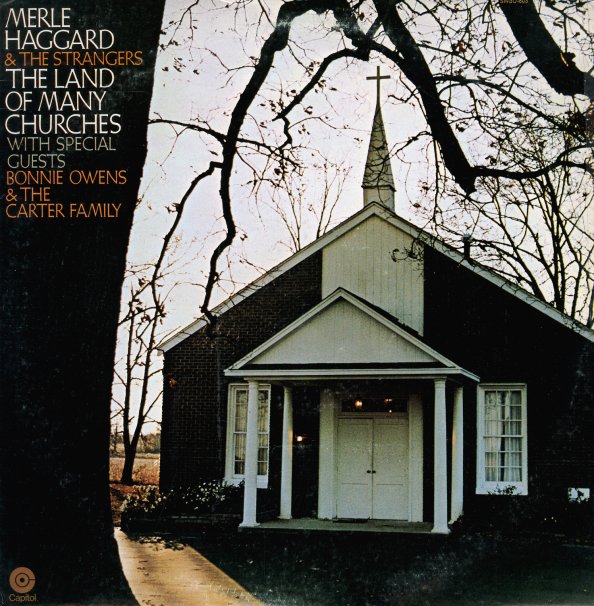 Land Of Many Churches

One of the most compelling larger projects put together by Merle Haggard during his "concepts" years at Capitol Records – a double-length set that has the country legend dipping into the spiritual side of the spectrum, with key recordings at a number of different locations! The album features work recorded at the chapel at San Quentin Prison, at the Big Creek Baptist Church in Tennessee, a Rescue Mission in Nashville, and at the Assembly Of God Tabernacle back in California – all of which make for a nicely varied expression of the way that country music comes into play with spiritual themes, along with help from famous guests The Carter Family, and some vocals from Bonnie Owens too! The Strangers provide the backings, and although there's some spoken bits from time to time, the clear appeal of the record is Merle's great vocals as he takes on tunes that include "The Family Bible", "Guide Me Lord", "Life's Railway To Heaven", "Steal Away", "On The Jericho Road", "Precious Memories", "Turn Your Radio On", "Where Could I Go", "If We Never Meet Again", and "I Saw The Light".  © 1996-2023, Dusty Groove, Inc.