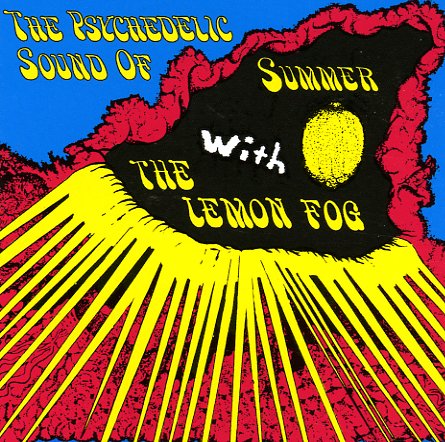 Psychedelic Sound Of Summer With The Lemon Fog

Tight, spacey psychedelic pop from the fertile TX landscape – really cool stuff from Houston's Lemon Fog! The group isn't as wildly tripped out as more canonized TX psych combos such as the 13th Floor Elevators – the Lemon Fog has a more accessible vibe, one that we thing should have gotten them bigger outside of their Houston home. It's a bit more akin to the Brit psych, with chiming guitars (including a 12-string), organ and groovy vocal harmonies fleshing out some painterly, kinda surreal lyricism. Includes previously unreleased complete versions of "Summer", "The Prisoner" and "Day By Day", previously unreleased outtake and complete versions of "Echoes Of Time", a previously unreleased mix of "Yes I Cry", original single master version of "Girl From The Wrong Side Of Town" and more. Includes the group's great handful of singles, including alternate unreleased versions!  © 1996-2021, Dusty Groove, Inc.