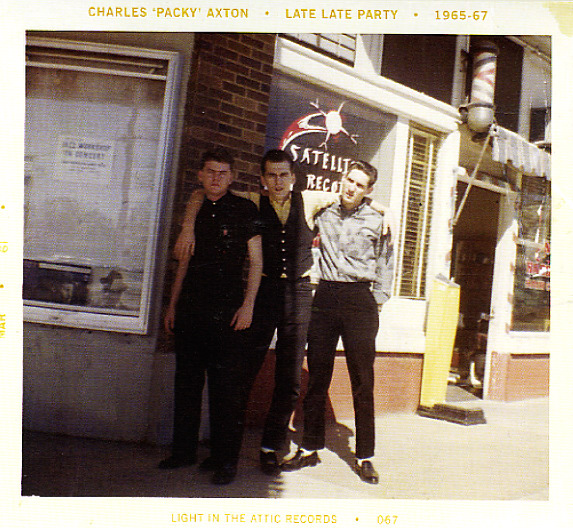 One of the greatest and most historically important compilations ever put together by our friends at Light In The Attic – the first ever (!!!) anthology devoted to Stax sax great Charles "Packy" Axton! Packy was a founding member of the Mar-Keys and a cat who played with the best of them – Steve Cropper, Booker T, Teenie Hodges, Donald "Duck" Dunn and many more – all of whom can be heard on this mindblowing set of benchmark vocal and instrumental singles from the mid 60s – truly the blueprint material for the great Stax and all around Memphis soul to come! It features singles cut for labels such as USA, Bar, Hollywood and Pure Soul – soul/R&B vocal numbers and proto-funky instrumentals. Amazing, amazing stuff recorded at Royal and Ardent Studios with some of the greatest soul music players to ever come together – so highly recommended! Includes "Holiday Cheer", "Bullseye", "Hung Over", "I'll Always Love" and "Late Late Party" by The Martinis, "No Ending" and "No Love Have I" by Stacy Lane, "House Full Of Rooms", "Out Of Control" and "I'm A Fool (In Love)" by LH & The Memphis Sounds, "Stone Fox", "Hip Pocket" and "Greasy Pumpkin" by The Pac-Keys, and "Hole In The Wall" by The Packers. 17 tracks in all – treated beautifully by team LITA – with a thick booklet of notes (by Andria Lisle) and full of vintage photos of the players, shots of the inner labels of the original singles, details for each track and more.  © 1996-2021, Dusty Groove, Inc.

Cannibal & The Headhunters Anthology
Rampart/Vampi Soul (Spain), 1964/1965. New Copy
CD...$5.99 16.99
One of the all-time Chicano Rock classics from LA – a soulful batch of party numbers from legendary east side group Cannibal & The Headhunters! The group scored big with their hit version of "Land Of 1000 Dances" – a thumping, bumping take on the tune that was a runaway ... CD