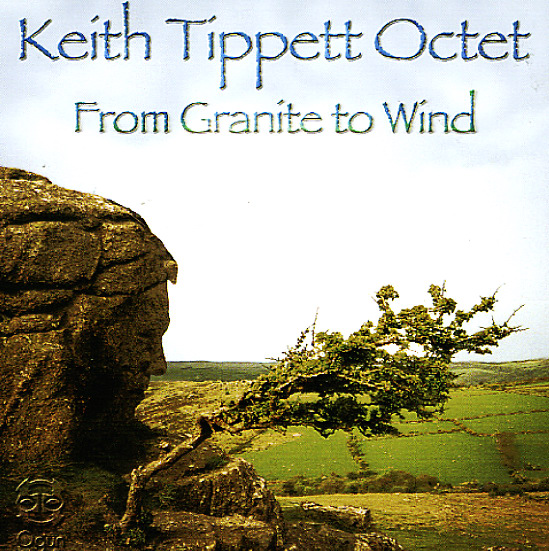 From Granite To Wind

A blistering recent set from Brit jazz legend Keith Tippett – proof that his powers are still strong after all these years! The cover and title look a bit new-agey, but the album's got a very avant sound – a free improvisation that runs for almost 50 minutes – featuring a large group with Tippett on piano and percussion, Julie Tippetts on voice and xylophone, Kevin Figes on alto and baritone sax, Paul Dunmall on tenor and soprano sax, James Gardiner-Bateman on alto, Ben Waghorn on tenor and bass clarinet, Thad Kelly on bass, and Peter Fairclough on drums. The tune is listed as composed by Tippett – and there's definitely some pre-conceived lyrics by Julie – but the performance is pretty open-ended, and definitely feels improvised at most points.  © 1996-2022, Dusty Groove, Inc.