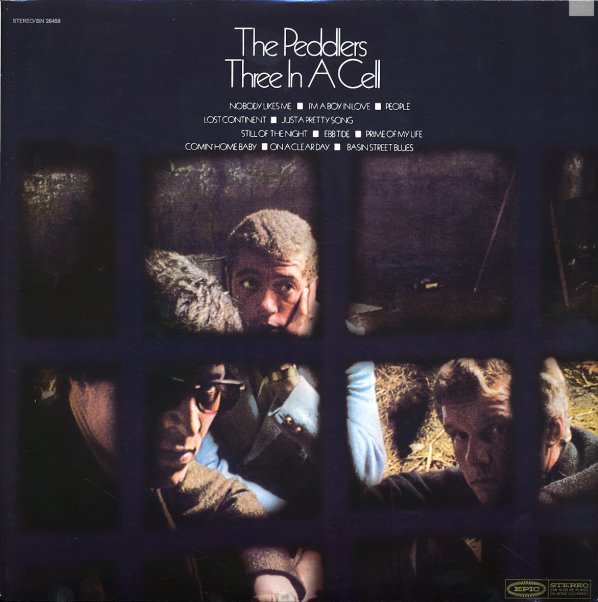 Three In A Cell

A heck of a cool group – with a really wonderful sound! The Peddlers were a late 60s British trio, with a sound that's part soul, part jazz, part supper-club vocals – all done with a clean, clear, hard-grooving approach – and strong instrumentation that often includes a heavy dose of Hammond organ! A big chunk of the work on this album has a gently funky sound that really takes it miles from its original roots – as familiar numbers get transformed into nicely party-rocking tunes with a very hip groove – making for a few tracks that have nice breaks, and others that cook with a nice mod little sound! Keith Mansfield's helping the trio get their groove on here – and titles include their classic break take on "On A Clear Day", plus "Nobody Likes Me", "I'm A Boy In Love", "Comin Home Baby", "Just A Pretty Song", "Prime Of My Life", and "Lost Continent".  © 1996-2021, Dusty Groove, Inc.
(Original yellow label pressing. Cover has a small cut corner, but is nice overall.)