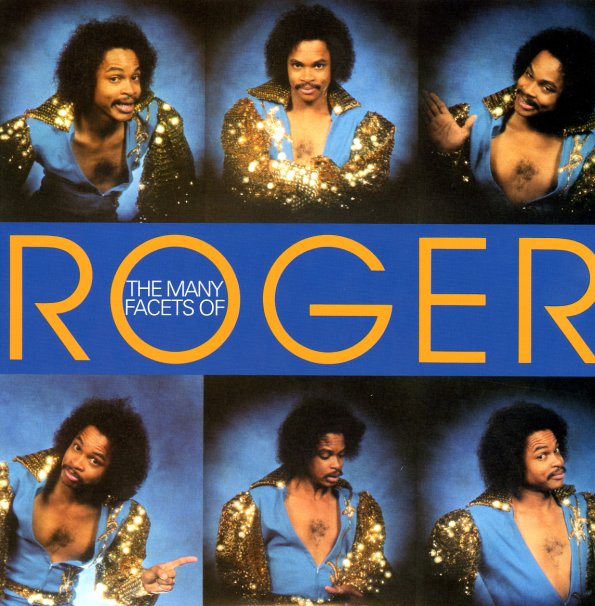 Many Facets Of Roger (expanded & remastered)

There's many facets of Roger – and they're all pretty darn funky! From this vantage point, all we can think of is that Roger Troutman must have had some sort of crystal ball to see into the hip hop sampling future – either that, or he was busy cooking up west coast gangster funk drones in some secret So Cal laboratory! Whatever the case, though, the record's a classic in the Troutman/Zapp catalog – and features a sparkling west coast take on electro – offered up with lots of popping basslines, snapping electric kickdrums, and a truckfull of vocoder! There's also some pretty nice guitar in the mix – especially on the good jazzy groover "Chunk Of Sugar", which sounds like it's from a completely different record. Other tracks include "Maxx Axe", "Do It Roger", "So Ruff, So Tuff", and "Blue". This remastered edition includes the bonus tracks "I Heard It Through The Grapevine (Part 1) (Single Version)", "Do It Roger (Single Version)", and the previously unreleased "Superman".  © 1996-2021, Dusty Groove, Inc.
(Out of print.)

Haven't You Heard – The Best Of Patrice Rushen
Rhino/Elektra, Late 70s/Early 80s. Used
CD...$9.99
Classic smooth soul and jazzy funk from the great Patrice Rushen – a great little overview of her essential sides for Elektra Records! Although Patrice first cut her teeth in the heady fusion scene of the Fantasy label, by the time she moved to Elektra, she'd really tightened up her groove a ... CD

Everybody Dance
Rhino, Late 70s/Early 80s. Used
CD...$4.99
10 tasty numbers by Chic, all filled with the lively guitar work and tight production of Nile Rodgers – and the group's own strong talent for delivering a hook that won't miss. Sure, it's pop disco for the masses, but most of these cuts still sound surprisingly good these days. Includes the ... CD

Firecrackers – The Best Of Mass Production
Rhino, Late 70s/Early 80s. Used
CD...$6.99
Mass Production may not have cracked the charts as much as some of their contemporaries, but they were easily one of the tightest funky combos working for Atlantic Records at the end of the 70s – a great little group who always kept things soulful, and who managed to work with a very lean ... CD