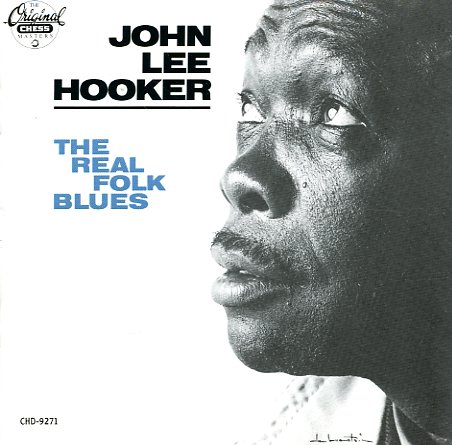 Moanin In The Moonlight
Chess, 1959. Near Mint-
LP...$49.99
Classic raspy vocals from the legendary Howlin Wolf – singing here in a way that definitely lives up to his nickname! The sound here is spare and stripped down, with very little accompaniment – usually just a bit of guitar, piano, bass, and drums – and sometimes not even all that ... LP, Vinyl record album

They Call Me Muddy Waters
Chess, 1950s/1960s. Near Mint-
LP...$16.99 (CD...$6.99)
A rich collection of Muddy Waters' famous work for Chess Records – put together in the 70s, but featuring tracks from his earliest days in the studio, up through the key electric years of the 60s! The package pulls together some real gems – including work with Little Walter and James ... LP, Vinyl record album

Memphis Slim
Chess, Early 50s. Near Mint-
LP...$6.99
Really tremendous work from Memphis Slim – a set of early 50s recordings for Chess Records, most of which have a style that mixes equal parts jazz and blues! Slim's definitely got some bluesy phrasing in his piano, but he also echoes an older generation of jazz pianists too – ... LP, Vinyl record album

Two Great Guitars
Chess, Early 60s. Very Good+
LP...$33.99
Bo Diddley and Chuck Berry come together in a really unique album for Chess Records in the 60s – and that's saying a lot, given all the groundbreaking sounds we heard from that label at the time! The format is quite unusual – as each side features a long instrumental jam that really ... LP, Vinyl record album

More Real Folk Blues
Chess, Mid 50s. Very Good+
LP...$59.99
A much earlier set of tracks than the first volume of Real Folk Blues from Howlin Wolf – mostly material recorded in the mid 50s, both in Chicago and Memphis – all with a really nitty gritty sort of feel! There's a rough and rootsy mode going on here – one that has Wolf's raspy ... LP, Vinyl record album

Got My Own Bag Of Tricks
Chess, Late 50s/1960s. Near Mint- 2LP
LP...$14.99
A nice little collection of Bo Diddley's earlier work for Chess – put together in the early 70s, when Bo was in his Black Gladiator phase, as pictured on the cover – but featuring the rawer, rougher grooves of his initial recordings in the late 50s and early 60s! The Bo Diddley groove ... LP, Vinyl record album