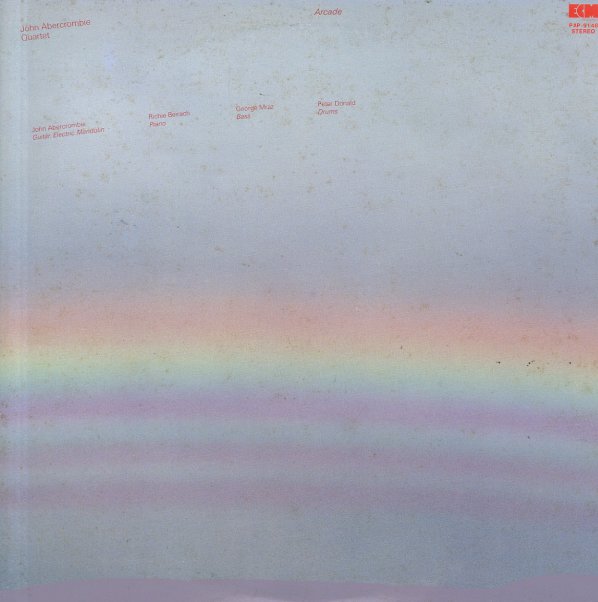 A record full of rich tones and cascadingly lyrical lines – and a set that features the wonderful pairing of John Abercrombie's guitar and the piano of Richie Beirach! Beirach seems to ground Abercrombie even more than usual – still letting John have those atmospheric qualities in his notes, but with a sense of flow and focus that we really appreciate – energy that might also come from the work of George Mraz on bass, and Peter Donald on drums. Tunes are simple and elegant, but say a hell of a lot with a little – and the album's maybe as perfect a summation of the ECM approach to guitar at its best as some of the early Pat Metheny albums. Titles include "Arcade", "Nightlake", "Neptune", "Alchemy", and "Paramour".  © 1996-2021, Dusty Groove, Inc.
(Cover has light wear, a promo stamp and a bit of marker on the front, and a small name in pen on the back.)