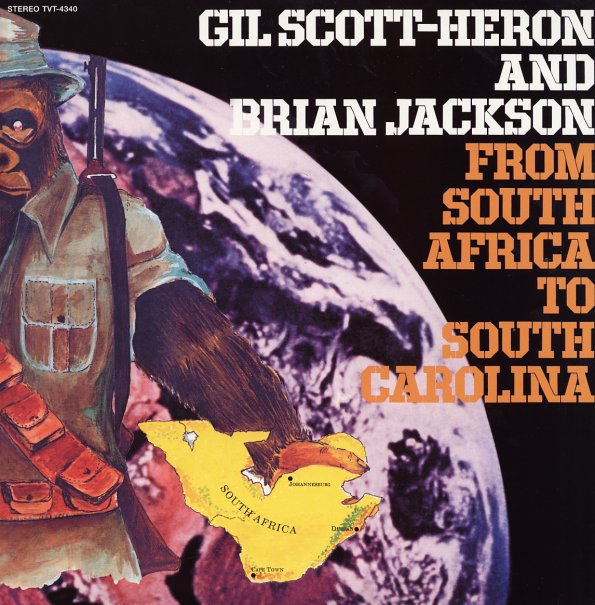 From South Africa To South Carolina

A 70s soul classic – and the closest that Gil Scott-Heron ever came to having a hit! The album's best known for its anthemic classic "Johannesburg" – one of the first popular tunes to really push the cause of a free South Africa – but the whole album's a winner, filled with some wonderful tunes that have Gil working with pianist Brian Jackson, in a laidback and soulful style that's even more powerful than his early protest poetry work! Apart from "Johannesburg", the album also features the tunes "The Summer of 42", "South Carolina", "Beginnings (First Minute Of A New Day)", "Lovely Day", and "Toast To The People".  © 1996-2022, Dusty Groove, Inc.
(Cover has a light stain on one corner and light surface wear.)