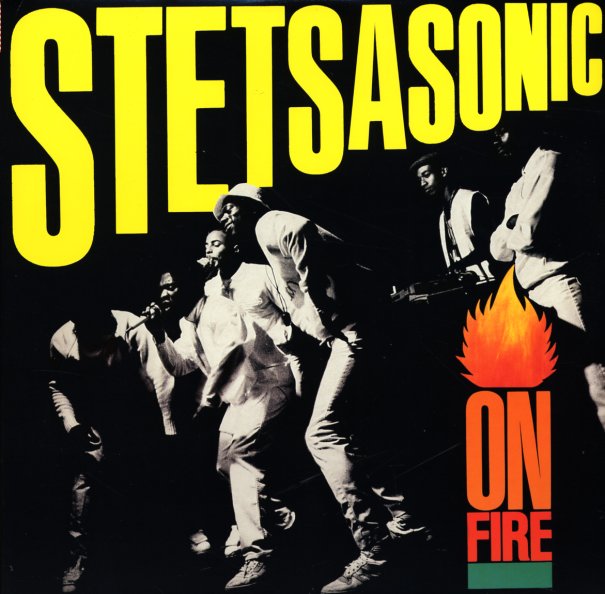 A classic from Stetsasonic – who truly were On Fire in their prime! It seemed like Stet were the group that could do it all in the early days, with live instrumentation, beat boxing, and Prince Paul on the 1's and 2's. This LP's a classic of bygone days, will we ever feel this vibe again? Includes "On Fire", "Go Stetsa I", "4 Ever My Beat", "Faye", "Just Say Stet", and "Paul's Groove". This 2011 CD edition includes 3 bonus tracks/beats: "4 Ever My Beat – Beat Bongo Mix Mixed With Love By Walter Gibbons", "Go Stetsa (Remix)" and "AFRICA – Norman Cook Remix".  © 1996-2021, Dusty Groove, Inc.