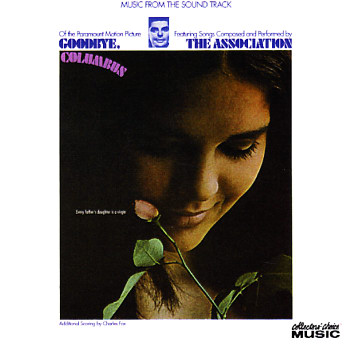 A groovy groovy soundtrack that contains one of the Association's greatest songs! "Goodbye Columbus" may not be as famous as some of their bigger hits – but we love it to death, and it's the kind of catchy groover they'll find us singing in the coffin long after we've passed away! The soundtrack features the vocal version of the track – as well as some other vocal numbers like "It's Gotta Be Real" and "So Kind To Me". Plus, the soundtrack's also got some excellent instrumental numbers that are in the best spirit of the group's music – with loads of dreamy arrangements and light lilting pop melodies. Tunes include "Love Has A Way", "A Moment To Share", "A Time For Love", and "How Will I Know You?".  © 1996-2021, Dusty Groove, Inc.
(Shrinkwrap has a hole in front from sticker removal. Cover has a cut corner.)