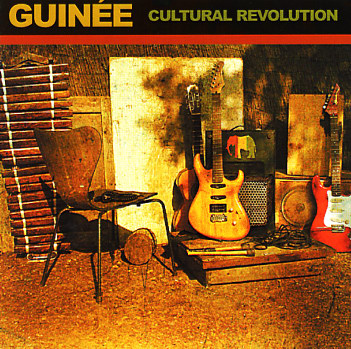 A 2CD overview of work from the years of Guinea's cultural revolution – a time when the government sought to unify and direct the newly independent nation through a host of regional and national musical programs! Although potentially domineering, the rare effort was actually somewhat liberating – and allowed Guinean musicians to hit a whole new level of expression during this time – modes that weren't necessarily bound towards commercial aims, and which are filled with sophisticated rhythms, melodies, and horn passages that go far beyond some of their African contemporaries. There's many echoes of jazz amidst the tunes – and in a way, some of these numbers remind us of the more free-thinking moments in work by artists like Mulatu or Salah Ragab – especially in the way the horns interact. 2CD set features notes in both English and French – and a total of 25 tracks that include "Sassilon" by Horoya Band, "Armee Guineenne" by Bembeya Jazz National, "Tam Tam Sax" by Momo Wandel, "Bele Bele" by Kade Diawara, "Koulandian" by Ensemble Instrumental De Guinee, "Kadia Blues" by Ochestre De La Paillote, "Diere Lele" by Bah Sadio, "N'Fa" by Virtuoses Diabate, "Massani Cisse" by Quintete Sextete, and "Andree" by Sily Authentic.  © 1996-2021, Dusty Groove, Inc.
(Out of print.)