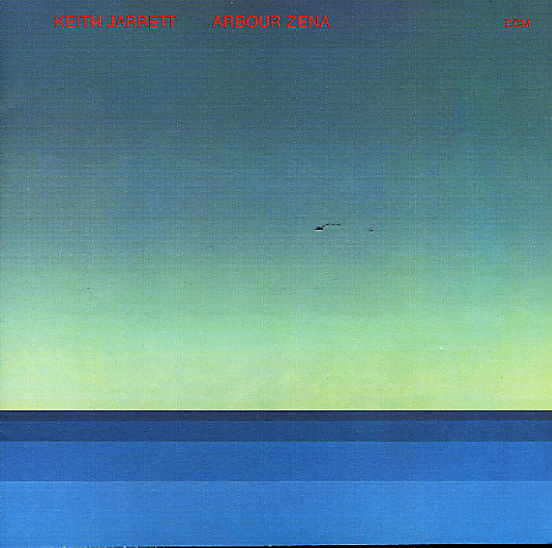 A beautiful large-concept album from Keith Jarrett – one that features his piano, the bass of Charlie Haden, and the tenor and soprano sax of Jan Garbarek as the main solo instruments over larger string orchestrations! There's a sense of excitement to the record right from the start – well, not excitement that you'd get in other jazz-based styles – but kind of a sense of hope, drama, and unfolding that really shades the record nicely – and gives it a different flavor from some of Jarrett's other larger form projects of the time – possibly creating the first really unified, extended musical vision he brought to a record like this in the 70s. Beautiful sounds throughout – with titles that include "Runes", "Solara March", and "Mirrors".  © 1996-2022, Dusty Groove, Inc.
(German pressing in a glossy cover. Cover has a fair amount of gloss peel at the edges, mostly in back.)