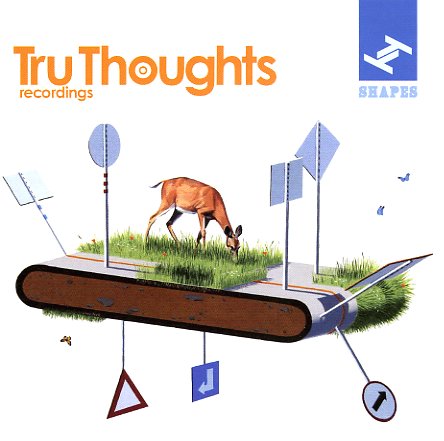 Plenty of tracks at a mighty nice price – all of them with the fresh funky sound of the Tru Thoughts label! The package is a great entry in their Shapes series – 2CDs with 27 tracks – all at a price that will have you really digging the full range of styles the groundbreaking imprint has to offer! As with other volumes, the grooves are a mix of contemporary modes that draw inspiration from older soul, funk, and hip hop – sometimes laying out that inspiration in direct ways, sometimes really abstracting the sounds into very leftfield directions. Titles include "One Woman Army" by Hint, "2456 Nice" by Kinny, "Prayer" by Lizzy Parks, "I Don't Wanna Stop (Marc Mac rmx)" by The Bamboos, "Pencils For Dolphins (Wyndham Earl rmx)" by Tm Juke, "Make Me Want More" by Kylie Auldist, "You're Listening To The Worlds" by Belleruche, "Dub Del Pacifico" by Quantic Presents Flowering Inferno, "Last Night (Bassnectar rmx)" by Me & You, "The Rising (Bullion rmx)" by Natural Self, "Get Up (Diesler rmx)" by Hot 8 Brass Band, and "Disco Caribe" by Quantic.  © 1996-2021, Dusty Groove, Inc.