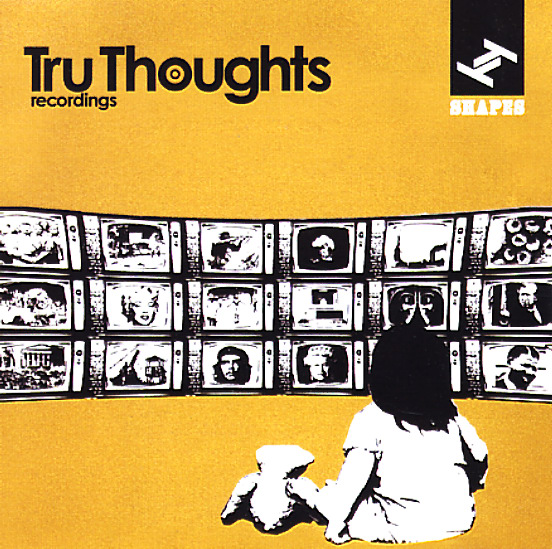 Tru Thoughts are at it again – hitting us once more with a wonderful selection of grooves, all priced so low we wonder how the label ever manages to stay in business! This entry in the label's Shapes series is as rock-solid as the rest – way more than a simple compilation, and instead more of a deep exploration of the well-crafted Tru Thoughts sound – one that's strongly unified across the label, given that some of the acts share members, and some artists often remixes other's work! Grooves range from funky to dubby to mellow to downtempo – and titles include "Be Known (Owusu rmx)" by Up Hygh, "Brown Paper Bag (Flowering Inferno version)" by Me & You, "Humankind (Grant Phabao rmx)" by Alice Russell, "Crazy Bout Ya" by Milez Benjiman, "Belly Full Of Lead" by Unforscene, "Feet Keep Moving" by Natural Self, "Fly Away" by Hot 8 Brass Band, "Quiet Dawn (Bonobo rmx)" by Nostalgia 77, and "She Said What (version)" by Quantic Soul Orchestra.  © 1996-2021, Dusty Groove, Inc.
(Out of print.)