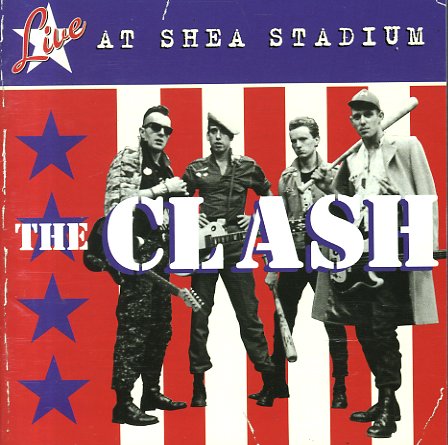 London Calling (Legacy Edition)(2CD & DVD)
Epic, Late 70s. Used 2CD & DVD
CD...$14.99 (CD...$2.99)
Quite possibly the crowning masterpiece by The Clash – and a record that certainly pushed them out of the punk rock ghetto and into the collections of countless mainstream folks over the years! This is the set that really pushed the group over the top – the one that harnessed all the ... CD

London Calling
Epic, 1979. Used
CD...$2.99 (CD...$14.99)
Quite possibly the crowning masterpiece by The Clash – and a record that certainly pushed them out of the punk rock ghetto and into the collections of countless mainstream folks over the years! This is the set that really pushed the group over the top – the one that harnessed all the ... CD