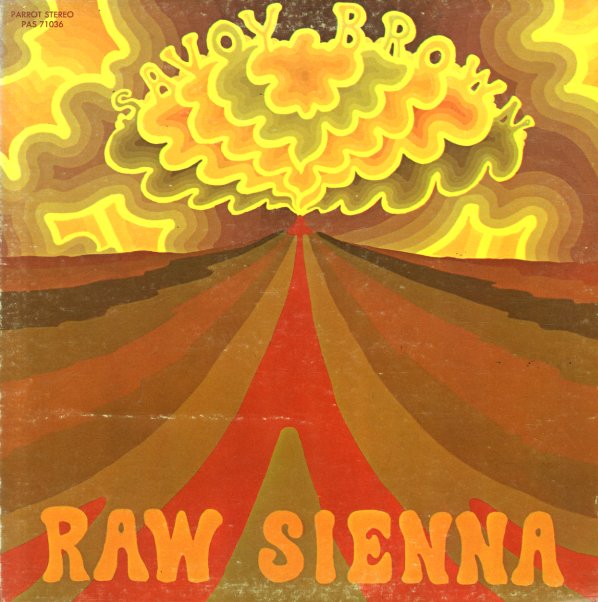 A fantastic classic from Savoy Brown – one of those records that shows just why these guys were so great during their short early run! The approach is maybe familiar blues rock, but the sound is also very special – with a great sense of fusion of all the elements, so that vocals, guitar, and rhythms all seem tightly tied together – still with the kind of bravado you might expect, and plenty of strong guitar from Kim Simmonds – but also given this focus that's really wonderful, especially when heavy piano lines come into the mix to almost give things a Mose Allison vibe, and added horns open up some currents of soul. A strong cut above the competition – with titles that include "Master Hare", "Needle & Spoon", "A Hard Way To Go", "That Same Feelin", "A Little More Wine", "I'm Crying", "Is That So", and "Stay While The Night Is Young".  © 1996-2023, Dusty Groove, Inc.
(US pressing with Bell Sound stamp. Cover has light surface wear.)

Skin N Bone
London, 1976. Very Good+
LP...$13.99
The last Savoy Brown album to feature the duo of Kim Simmonds and Paul Raymond – and a record that still holds on to all the classic power of the group! The more direct blues influences have been toned down by this time, and fused more into a sound that's a trademark for the group – ... LP, Vinyl record album

Step Further
Parrot, 1969. Very Good Gatefold
LP...$5.99
A special split LP from Savoy Brown – one side live, and one side studio – both produced to blues rock perfection by Mike Vernon! The live set features one 22 minute long medley, titled "Savoy Brown Boogie" – and studio tracks include "Made Up My Mind", "I ... LP, Vinyl record album

Getting To The Point
Parrot, 1968. Very Good+
LP...$11.99
(US stereo pressing with Bell Sound stamp. Cover has light staining on the bottom seam and light wear.) LP, Vinyl record album