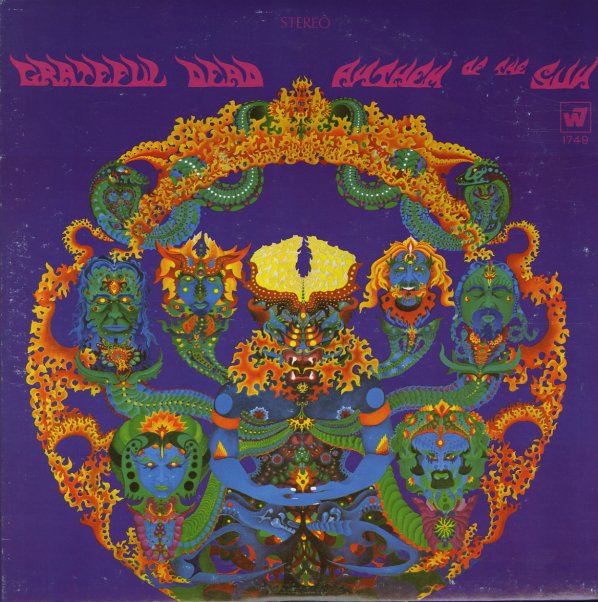 Anthem Of The Sun (with bonus tracks)

A classic set from the Grateful Dead – and one that features the group mixing studio tracks with their rising fame as a must-see live act! The package features both concert and studio recordings, and there's a wonderfully optimistic, late 60s vibe to the whole thing – the group still looking forward strongly, almost playing with a sense of surprise as they make their way through new musical discoveries – mixing catchiness and complexity together in ways that few of their contemporaries could match. Titles include "That's It For The Other One", "New Potato Caboose", "Born Cross Eyed", "Alligator", and "Caution Do Not Stop On The Tracks". CD adds live versions of "Alligator", "Cauition", and "Feedback".  © 1996-2022, Dusty Groove, Inc.
(Out of print, 2001 digpack pressing with 3 extra live tracks!)

Grateful Dead (Skull & Roses) (with bonus tracks)
Warner/Rhino, 1971. Used
CD...$9.99
An essential early document of the Grateful Dead – a double-length collection of live material that was one of the first to give the rest of the world a chance to hear what they could provide to their ever-growing concert audiences! The tracks were mostly recorded in New York in early 1971, ... CD