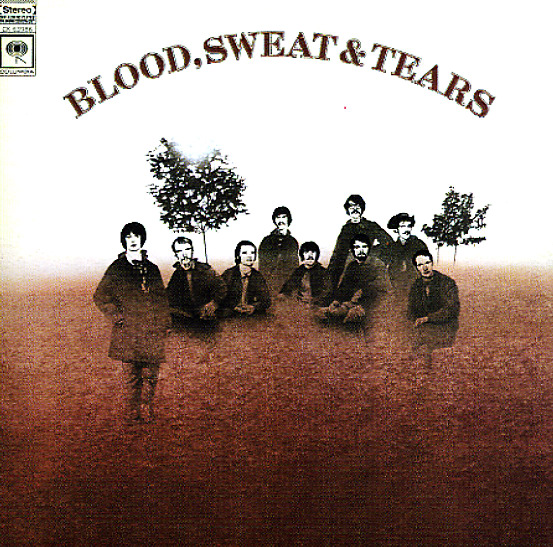 A stone classic from Blood Sweat & Tears – and a record that went onto have a tremendous impact in jazz, rock, funk, and soul! The group's format is plenty darn famous – adding a lot of horns to hip riffing grooves – but despite countless plays on oldies stations over the years, this initial album still has a power that's undeniable – a way of putting the whole thing together that really uses the best elements of the late 60s studio – handled with sweet production from James William Guerico that rivals his best work for Chicago! Even the lead vocals by David Clayton Thomas hold up nicely – and the set includes the classics "Variations On A Theme By Eric Satie", "And When I Die", "Smiling Phases", "More & More", "Spinning Wheel", and "You've Made Me So Very Happy".  © 1996-2022, Dusty Groove, Inc.
(Original 360 Sound stereo pressing. Cover has light wear.)

3
Columbia, 1970. Very Good+ Gatefold
LP...$6.99 9.99
Blood Sweat & Tears are really stretching out here – working their already-famous magic through a range of great tunes, both originals and covers – and coming up with some great longer-form expressions of their sound in the process! David Clayton-Thomas is firmly in the lead on ... LP, Vinyl record album

Child Is Father To The Man
Columbia, 1968. Very Good
LP...$5.99
A wild debut from Blood Sweat & Tears – one of those records that forever changed the face of popular music! The set's noteworthy not just for early vocals from Al Kooper – who was a key part of the group at their start – but also for key production work from a young John ... LP, Vinyl record album