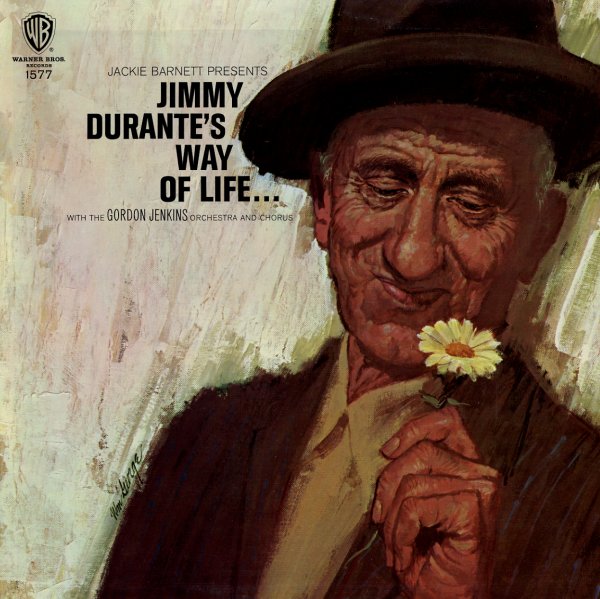 A record that really gets at the melancholy side of Jimmy Durante – thanks to great orchestrations from Gordon Jenkins!  © 1996-2021, Dusty Groove, Inc.
(Gold label mono pressing. Cover has a small strip of clear tape on the top seam.)

Sammy Davis Jr At The Cocoanut Grove
Reprise, 1963. Very Good 2LP Gatefold
LP...$5.99
Insanely wonderful stuff! Live, Sammy D was the most entertaining of all the rat pack – as you'll hear on this excellent concert from 1963 – one of the few recordings that really captures Sammy's genius in all aspects of his talents! The album's got some great straight jazz vocal ... LP, Vinyl record album