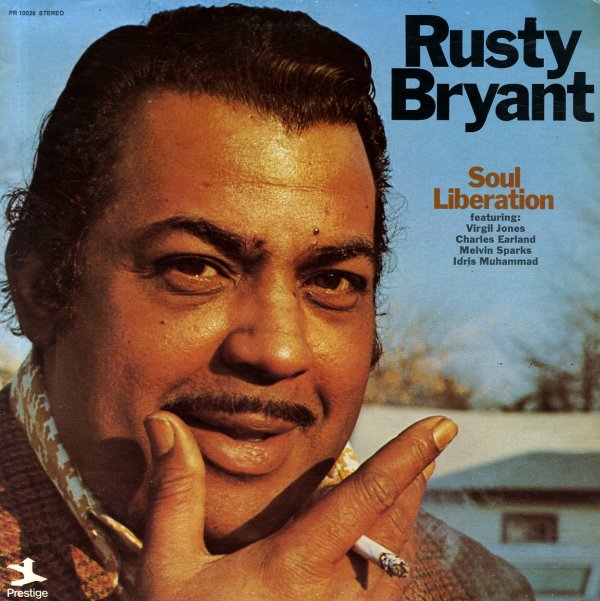 Fantastic funky jazz from tenorman Rusty Bryant – one of the real standout titles in the classic early 70s Prestige jazz/funk years! Rusty leads a group that includes heavyweights like Charles Earland on organ, Virgil Jones on trumpet, Melvin Sparks on guitar, and Idris Muhammad on drums – all top-shelf players who make for a date as great as you might imagine – one that definitely liberates Rusty's soul from older modes, and sets it free into new funky pastures! The vibe here is right up there with Bryant's legendary Fire Eater record – and titles include "Soul Liberation", "Cold Duck Time", "Lou Lou", and "Freeze Dried Soul".  © 1996-2021, Dusty Groove, Inc.
(Green label pressing – nice and clean!)