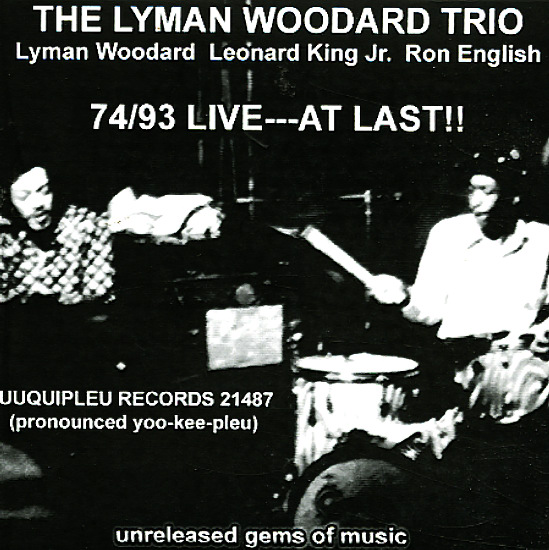 Killer live work from the Lyman Woodard Trio – and a split set that shows much much the group kept grooving on the Detroit scene, even after their initial early 70s fame! The first half of the CD features material from 1974 – recorded at JJ's Lounge in the Shelby Hotel in the Motor City – very jazz-based, with soaring organ from Lyman himself, guitar from Ron English, and drums from Leonard King. The whole thing's nicely recorded, with a strong focus on that sweet and super-dope tone that's always made Woodard so great – as you'll hear on the cuts "Even Today", "Jumpin The Blues", "If You Could See Me Now", and "ESP". The second half of the set is from 20 years later – recorded in 1993 at Sully's Roadhouse – with the same trio, equally tight and funky! In fact, the 1993 set's almost funkier, as it's got some originals by Woodard that are mighty nice – the titles "Lyman's Montuno" and "Belle Isle Daze" – next to the cuts "I Got A Woman", "Drown In My Own Tears", and "A Fine Romance".  © 1996-2021, Dusty Groove, Inc.