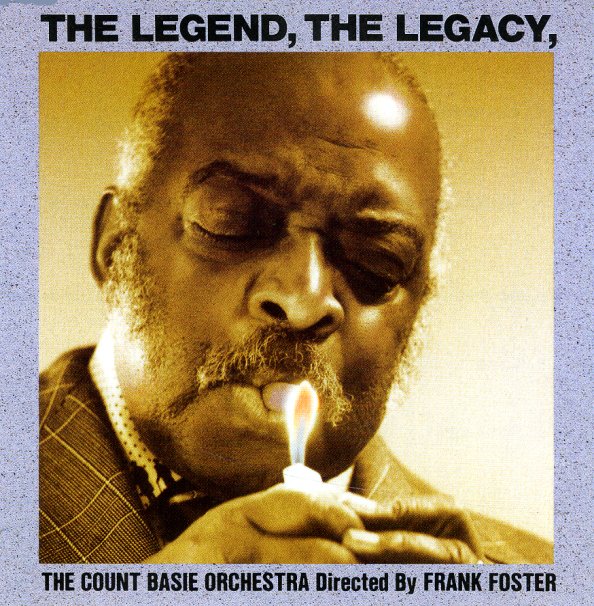 The Basie Orchestra pays tribute to their departed Count – and the groove here is every bit the sort you'd expect from the ensemble at their height! Frank Foster's in the lead with the group at this point, and he's definitely back in the Basie bag, after stretching out soulfully on his own in the 70s – guiding players who include Eric Dixon, Danny Turner, and David Glasser on reeds; Sonny Cohn, Byron Stripling, and Mike Williams on trumpets; Bill Hughes, Mel Wanzo, and Clarence Banks on trombones; and rhythm from Carl Ace Carter on piano, Cleveland Eaton on bass, and Duffy Jackson on drums. Carmen Bradford sings a bit, and titles include "Papa Foss", "Bring On The Raindrops", "Katherine The Great", "Whirly Bird", and "The Count Basie Remembrance Suite".  © 1996-2022, Dusty Groove, Inc.
(Out of print.)