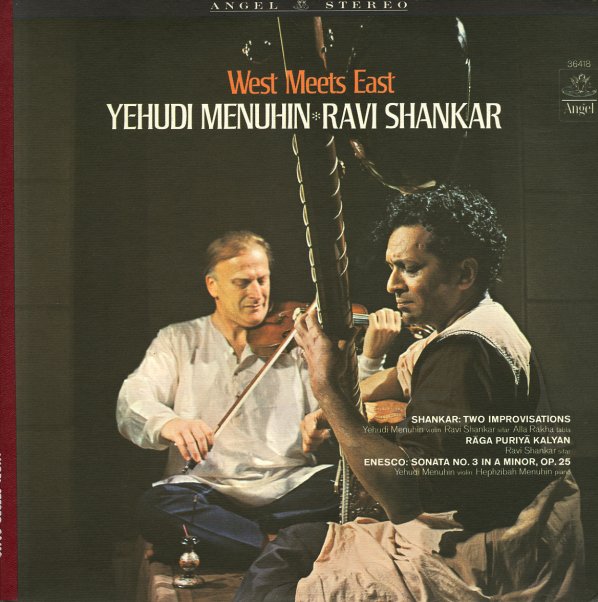 Mostly "east" – as the violin of the famous solist comes into play with the sitar of Ravi Shankar, plus tabla and tanpura! The vibe's a bit like some of the best John Mayer albums, although less jazz.  © 1996-2022, Dusty Groove, Inc.
(Blue label stereo pressing. Cover has light wear.)