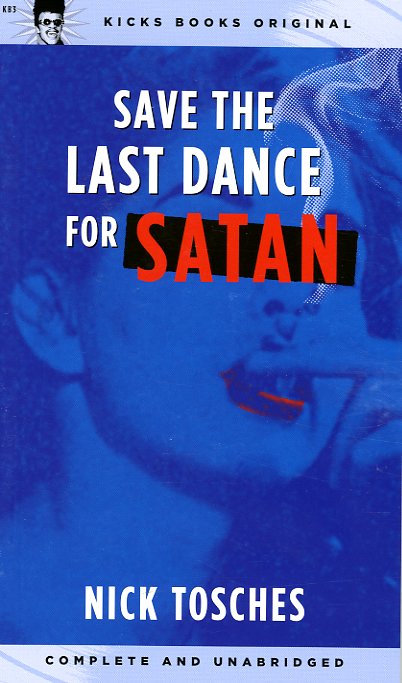 Save The Last Dance For Satan (paperback)

Yeah, THIS is the Nick Tosches we want! Tosches has a way of chronicling the diseased, mobbed up underbelly of the 20th Century music rackets that's simply unrivaled – it's gut level brilliant and street smart writing like no one does anymore. Save The Last Dance For Satan is a more fleshed out and newly spun continuation of material published more than a decade ago as Hipsters And Hoodlums, in Vanity Fair magazine (boy, mainstream magazine content sure has changed a bunch since 2000) – chronicling the sleaze and criminality at the core of the 50s & 60s music biz. It's great! His best stuff has often read with the sweaty, intoxicating allure of seedy pulp storytelling, so it's an utmost pleasure to see his work put out by Kicks Books - which literally puts Tosches' work in just that kind of old school hip pocket paperback! He joins Andre Williams (whose "Jailbait" single is mentioned early in this book as the badass antidote to mid 50s candy-coated rock & roll that it most certainly was) and Sun Ra at Kicks. A couple of Tosches' more recent books have been a tough slog – more about his own near obsessive search for impossibly hidden subjects than anything else – but this slim 120 page tome is the opposite – it has us slobbering for more.  © 1996-2021, Dusty Groove, Inc.