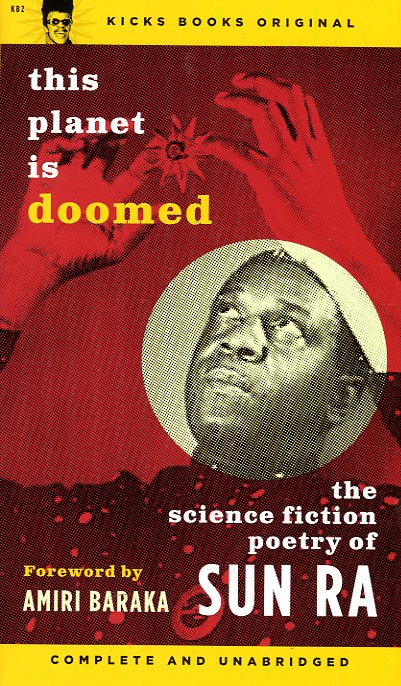 The Science Fiction Poetry of Sun Ra – complete and unabidged – in a great, kinda old school hip pocket paperback-styled tome from Kicks Books! As revered as Sun Ra is, was, and will forever be as one of the great avant garde bandleaders and all around musical innovators of the 20th Century, his work as an Afro-futurist poet is overlooked. This book aims to change that, but not in a precious way at all. It's sort of presented as a fun little pulp paperback. Includes a nice forward by Amiri Baraka and an intro by science fiction historian Bhob Stewart, who does a terrific job of detailing Ra's 60s poetry and his quite genuine relevence in that realm! Paperback, 124 pages.  © 1996-2021, Dusty Groove, Inc.