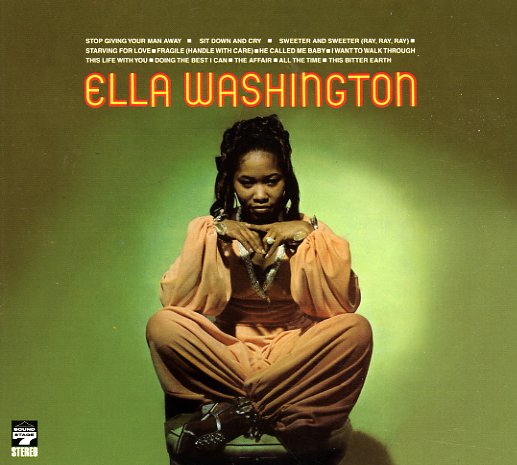 A rare set of deep deep deep soul vocals by one of the best singers on the Sound Stage 7 label – Ella Washington's self-titled gem from 1969! Ella's vocals are as great as those of the soul superstar divas of the day, and she's backed by a beautifully tight band – in a style that rivals, or dare we say it, may even better some of the great records made at Hi or Stax at the time! Here's proof that some of the deepest soul ever made in Tennessee was actually recorded in Nashville. Tracks include "Stop Giving Your Man Away", "Sweeter And Sweeter", "Fragile", "Starving For Love", "He Called Me Baby", "All The Time", "The Affair" and more. Fantastic!  © 1996-2023, Dusty Groove, Inc.

I'll Be Your Rainbow
Buddah/P&C, 1975. New Copy
CD...$4.99 15.98 (CD...$3.99)
One of the landmark albums of 70s mellow soul! Bobby Wilson hasn't left behind much of a recorded legacy, but he did come up with this godlike album that should be in any collection of classic soul. The record is a perfect blending of the styles of soul that were running through the east coast ... CD

With Love
MoWest/Reel Music/P&C, Early 70s. New Copy
CD...$8.99 16.99
The incredible lost album from the group Sisters Love – material slated for release in the early 70s, but never saw the light of day, save for a handful of singles – a mix of rootsier southern soul and impeccable west coast funk styles, finally brought to light and with bonus tracks, ... CD