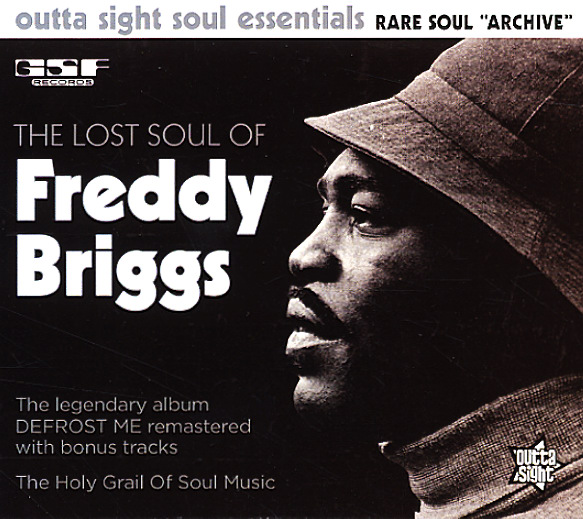 Lost Soul Of Freddie Briggs – Defrost Me (plus bonus tracks)

Wow, we knew almost nothing about this record! Freddy Briggs is the main force behind Coldwater Stone – as he wrote and produced all the tracks, and sings lead vocals throughout the record. His style's sort of a mix of funk and soul, and he works in the heavier style that was used by some of the other bands on the legendary GSF imprint – but also has a nice southern soul style in the best moments! Not as grittily funky as the Skullsnaps, but a fitting labelmate – and with a smoldering, geniune soulfulness that's positively killer – a record that's as rare as any other on the label, if not more so! Titles include "End Of the World", "Jefferson Park", "Outside Love Affair", "You're the One", "Biggest Mistake In The World", and "Without The One You Love". This excellent CD version from Outta Site UK packages the remastered Coldwater Stone's Defrost Me album with 2 bonus tracks: "Sound Off" and "I'm So Sorry", with credit and top billing to Freddy Briggs – with notes that provide some insight in the man that we simply didn't have before and we appreciate it!  © 1996-2021, Dusty Groove, Inc.