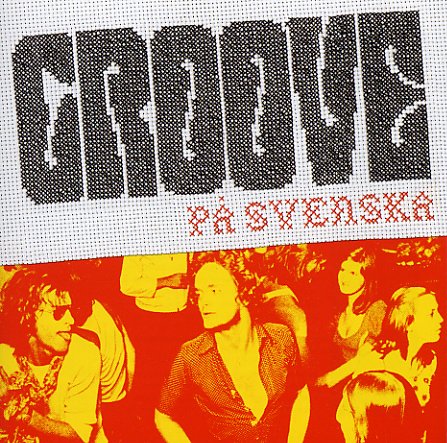 Sweden funky? You bet your bippy – and if you've got any doubts on that account, check out this mighty mighty set! The collection's a wonderful overview of the funkier side of the Swedish musical spectrum of the 60s and 70s – and pulls together a wide range of tunes from a real variety of sources – not just the few Swedish break and rare groove classics that we already know, but also a huge number of bits that we never would have heard otherwise. The great thing about these tracks is the way that they freely work with the styles they're using for inspiration – in a way that blends together Latin, African, Brazilian, and American modes – yet manages to come up with something completely different in the end. Titles are also from a good range of different labels too – showing the real diversity in the Swedish recording scene of the time, clearly one of the most culturally well-developed in Northern Europe during the postwar years. 17 tracks in all – with titles that include "Jamtlandsk Brudmarsch 73" by Merit Hemmingson & Folkmusigruppen, "Maldito Primitivo" by Hot Salsa, "Been To Canaan" by Alice Babs, "Horroscope" by Ralph Lundsten & The Andromeda All Stars, "Hot Pepper" by The Impossibles, "Happiness Is" by Melvyn Price, "Hovmastarsoppa" by Bernt Staf, "You Never Come Closer" by Doris, "Funkum" by Reebop, "En Larling Pa Varan Gard" by Sylvia Vrethammar, "Sar" by Jojje Wadenius Mitt, "The Snake" by Douglas Westlund & Kjell Ohman, "70 Kila Mtu" by Archimedes Badkar & Afro 70, "Gorillan Gar Ut" by Bo Nilsson, and "Otinku" by Modern Sound.  © 1996-2022, Dusty Groove, Inc.
(Out of print.)