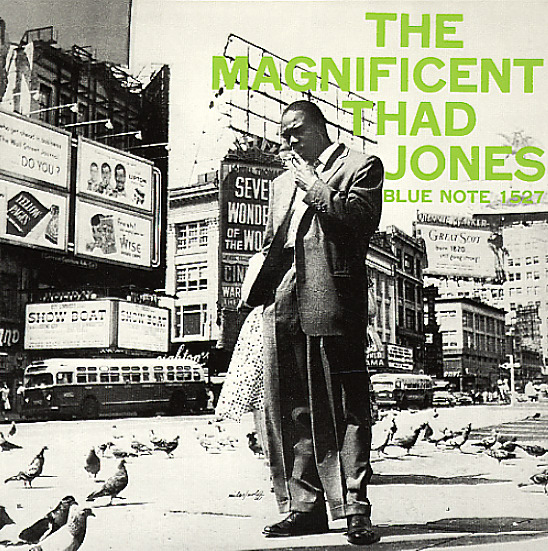 One of the most wonderfully lyrical records ever cut for Blue Note! The amazing Thad Jones is in impeccable form here, leading a beautiful little quintet that has his warm trumpet paired with the soulful tenor of Billy Mitchell. The pair are perfect together, and move seamlessly through the session, trading solos with incomparable ease – yet never getting too perfect, and never lacking the humanity that makes a record like this so great. Barry Harris plays some wonderful piano – and the tracks include "If I Love Again", "Thedia", "If Someone Had Told Me", and "April In Paris". CD features 2 bonus tracks – "I've Got A Crush On You" and "Something To Remember You By".  © 1996-2021, Dusty Groove, Inc.
(Out of print.)