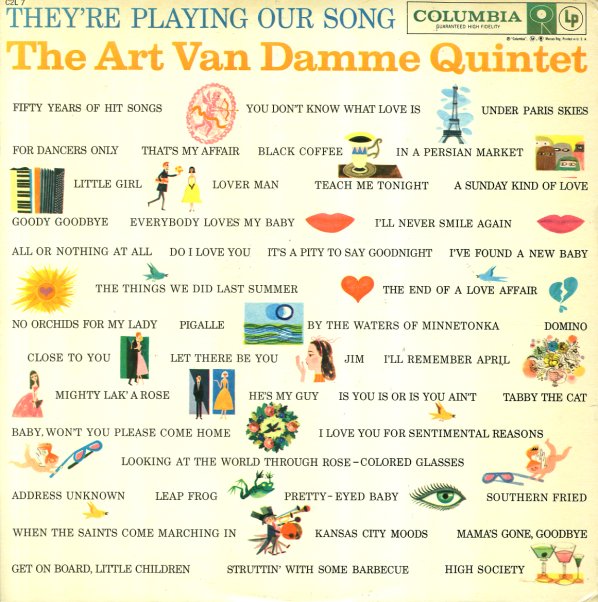 They're Playing Our Song

With Claude Scheiner on guitar, Max Mariash on drums, Chuck Calzaretta on vibes, and Lew Skalinder on bass.  © 1996-2021, Dusty Groove, Inc.
(Mono 6 eye pressing with deep groove. Cover has light wear and some aging along the opening.)