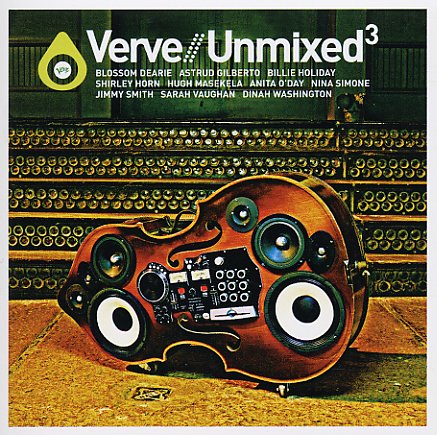 Classic jazz at a great price – and the complete original tunes used in the 3rd volume of the Verve Remixed project! The package offers a whopping great batch of older vocal work from the Verve, Mercury, and Philips catalogs – all for a price that's hardly more than that of a fancy cup of coffee at the kind of places that like to play older vocal work a heck of a lot! Titles include "Speak Low" by Billie Holiday, "Peter Gunn" by Sarah Vaughan, "Come Dance With Me" by Shirley Horn, "Just One Of Those Things" by Blossom Dearie, "Gentle Rain" by Astrud Gilberto, "Stay Loose" by Jimmy Smith, "Baby Did You Hear" by Dinah Washington, "Lilac Wine" by Nina Simone, "The Boy's Doin It" by Hugh Masekela, and "Fever" by Sarah Vaughan.  © 1996-2022, Dusty Groove, Inc.
(Out of print.)

Heavy Flute – Funky Flute Grooves From The 60s And 70s
Label M/Atlantic, 1960s/1970s. Used
CD...$6.99
Flutey! A great collection of funky flute tracks from the Atlantic label – probably the one record company that did the most for getting the flute into the funky jazz mainstream, thanks to work by its giants like Herbie Mann, Hubert Laws, and Roland Kirk. Titles include "Eboness" ... CD