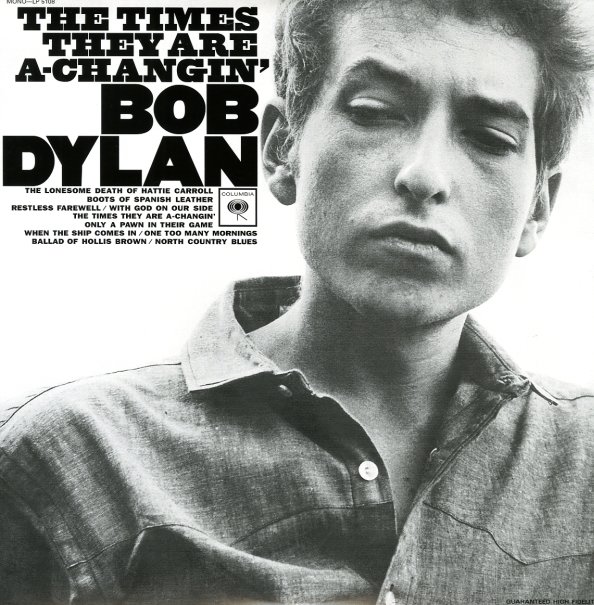 Some of the darkest acoustic work that Bob Dylan ever recorded – a record of spare, stark beauty that really has the young singer knocking it out of the park! There's a brilliance to this record that makes it one of our key go-to Bob Dylan records over the years – mostly just the man and his guitar, but spinning out stories and messages with this understated genius – really setting himself apart from some of the overdone, over-hyped energy of the other rising folk singers of the time – and with politics that are still completely resonant after all of these years. The album's filled with beautiful songs – like "With God On Our Side", "North Country Blues", "Only A Pawn In Their Game", "The Lonesome Death Of Hattie Carroll", "Boots Of Spanish Leather", and "The Times They Are A-Changin".  © 1996-2022, Dusty Groove, Inc.