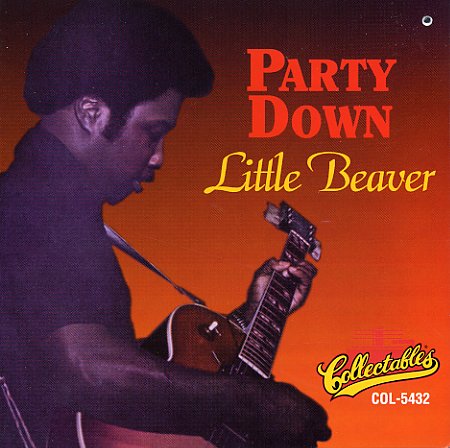 A funky classic from Little Beaver – one of the best albums to come out of the Miami scene of the mid 70s! Little Beaver lays down some righteous guitar and heavy vocals over a cool spare backing groove on this one. It's a party, alright, but it's got the feel of the smoldering, latenight hours of it – after everyone's feeling real good for a long while! The sound is sort of a mix between slow cooking raw soul and heavier stripped down funk outings. One of Little Beaver's best – and one of our all time favorites! Titles include "I Can Dig It Baby", "Money Vibrations", "Let The Good Times Roll", and "Party Down (parts 1 & 2)".  © 1996-2021, Dusty Groove, Inc.
(Out of print, very small punch through booklet & barcode.)