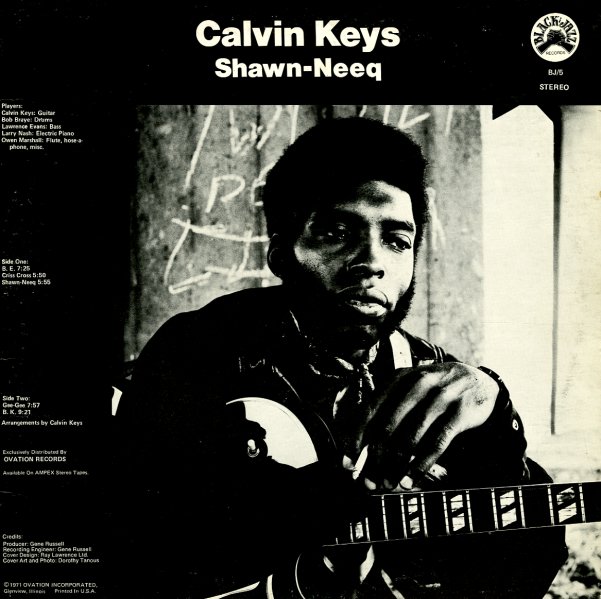 A stone classic on the Black Jazz label – and one of the most unique guitar albums ever! We're not sure what the title meant originally – but over the past few decades, it's come to stand for some heavy heavy guitar work from the legendary Calvin Keys – a record that's really stood the test of the time, continually rediscovered by new generations of diggers! Keys has a very unique touch here – a mix of open chords and tighter lines – beautifully wrapping up a history of soul jazz guitar that stretches back to the early 60s – then propelling things forward with loads of righteous 70s spiritual jazz energy. The set also features loads of sweet keyboards – played by Larry Nash, and mixed with flute and "hose-a-phone" from Owen Marshall – set to grooves from Lawrence Evans on bass and Bob Braye on drums. A stone classic from the Black Jazz label – and titles include "Gee Gee", "BK.", "BE", and "Shawn-Neeq".  © 1996-2022, Dusty Groove, Inc.
(Out of print, and includes obi!)

Skipper At Home (CDr on demand pressing)
Black Jazz, 1974. Used
CD...$7.99
Brilliant basswork from Henry Franklin – one of the hippest cats handling his instrument on the west coast in the 70s – working here with a wicked ensemble of soulful, righteous players! Franlin's bass sets the tone of the record right from the very first note – but the album's a ... CD

Candy
Blue Note, 1957. Used
CD...$11.99 (CD...$16.99, CD...$11.99)
A very different album for Lee Morgan – especially in comparison with his other early sessions! The record is a gentle batch of ballads and standards, played by Morgan with a quartet that includes Sonny Clark on piano, Doug Watkins on bass, and Art Taylor on drums – all beautifully ... CD