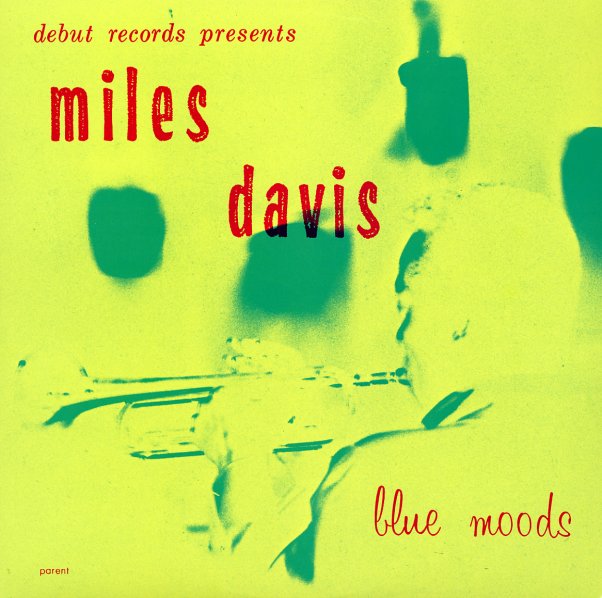 An odd little session for Miles Davis – playing here with a great group, but one that's made up of musicians who are all uncommon sidemen for him, even at this early point in his career! Britt Woodman (a nom-du-date?) is on trombone, and Charles Mingus and Elvin Jones are in the rhythm section – plus Teddy Charles' vibes where you might expect a piano. As you might guess from the title and instrumentation, the set has more to do with Miles' more contemplative explorations of the time – his "blue moods" – than his more upbeat boppish styles, but that's where Charles' vibes come in and really make the set a great one. The group runs through a nice set of laidback, cool renditions of the tunes "Nature Boy", "Alone Together", "There's No You" and "Easy Living" – all done in nice longer takes!  © 1996-2021, Dusty Groove, Inc.

Miles Smiles (Original Master Recording)
Mobile Fidelity/Columbia, 1966. Used Gatefold
CD...$28.99
Miles Smiles, but his grin is a wry one – given the angular energy of the set! The album's a landmark effort from the mid 60s quintet that includes Wayne Shorter, Herbie Hancock, Ron Carter, and Tony Williams – all of whom work without fail to capture Davis' newly emerging approach to ... CD

Porgy & Bess (Original Master Recording)
Columbia/Mobile Fidelity, 1958. Used Gatefold
CD...$22.99
Way more than just a simple version of work from Porgy & Bess – and instead, a key collaboration between Miles Davis and Gil Evans – done with a sound that really transforms the tunes! True, the work here is all based on George Gershwin's original compositions – but through ... CD

Bitches Brew (Original Master Recording – Hybrid SACD pressing)
Columbia, 1969. Used 2CD Gatefold
CD...$44.99
One of the few cases in jazz where an oft-played classic still resonates with power! The record itself is a key cap to Miles Davis' already-groundbreaking years of the 60s – a bold step forward, not just for his nascent electric sound, but also for jazz in general – and the benchmark ... CD

Filles De Kilimanjaro (with bonus track)
Columbia, 1968. Used
CD...$3.99
A dark blend of acoustic and electric modes from Miles Davis – a set that still has him working with elements of the classic 60s quintet, but which also brings in a stronger emphasis on electric piano too! The rhythms here are really fantastic – ready to burst forth into a whole new ... CD