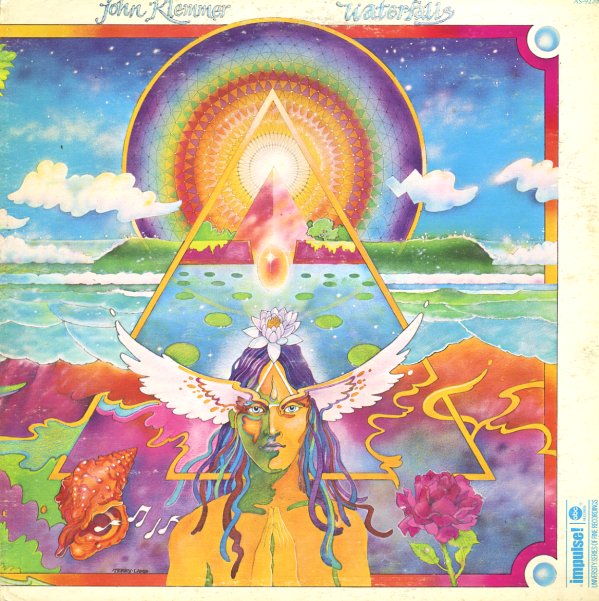 A wonderful classic from John Klemmer – one of those artists we've under-appreciated for years, but grow to love more and more as time goes by! The set's an incredibly soulful set of explorations played by Klemmer (on tenor, soprano, and Echoplex) with a group that includes Mike Nock on Fender Rhodes, Eddie Marshall on drums, Victor Feldman on percussion, and Wilton Felder on bass – definitely in the post-Coltrane mode, with long spiraling solos that explore both space and the outer sonic reaches, yet never too way-out, and never losing a subtle swing that makes the record sparkle with unimaginable appeal. One of those few hippy jazz classics that really works – and which arguably sounds better now than it did back in the 70s! Titles include "Centrifugal Force", "There's Some Light Ahead", "Waterfall", and "Utopia: Man's Dream".  © 1996-2021, Dusty Groove, Inc.
(70s green label pressing. Cover has light wear, some waviness and staining from moisture along the opening and a small peel spot at the bottom corner.)

Barefoot Ballet
MCA, 1976. Very Good+
LP...$2.99
A great summation of the sound that John Klemmer created during his early 70s years at Impulse – served up here with a slightly warmer, slightly mellower feel for a great date on ABC! Klemmer's still playing here with a wonderful sense of tone – an approach to reeds that's nicely sharp ... LP, Vinyl record album