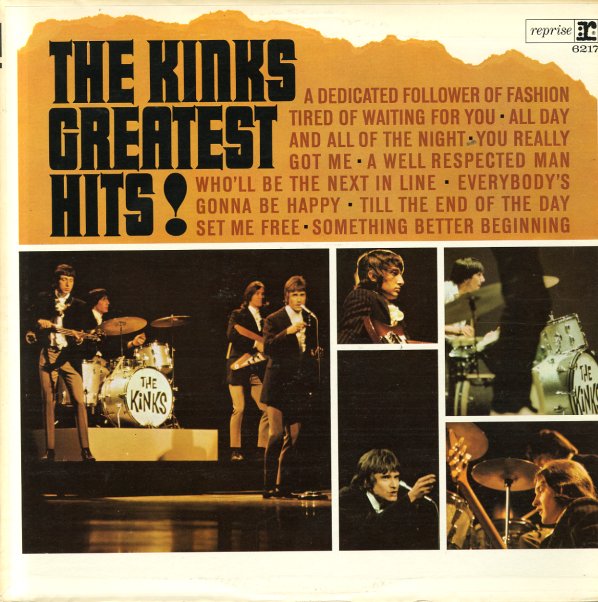 Titles include "Dedicated Follower Of Fashion", "So Tired Of Waiting For You", "Till The End Of The Day", and "A Well Respected Man".  © 1996-2022, Dusty Groove, Inc.
(70s tan label stereo pressing with Warner text. Cover has light wear.)

Kinks Part 1 – Lola Versus Powerman & The Moneygoround
Reprise, 1970. Near Mint- Gatefold
LP...$59.99
An album that maybe marked the close of one chapter of The Kinks, and the start of another – music that still holds on to some of the best elements of their late 60s Village Green era, but which also moves the group into some of the headier territory of their Muswell Hill/RCA years too! Ray ... LP, Vinyl record album

One For The Road
Arista, 1980. Near Mint- 2LP Gatefold
LP...$11.99 19.99
A hugely successful live album from The Kinks – maybe one of the best-remembered moments from their Arista Records years! LP, Vinyl record album

Low Budget
Arista, 1979. Near Mint-
LP...$9.99 11.99
A real standout in the later catalog of the Kinks – a record that gave the group a number of minor hits, and which let them rock out a bit more than usual – in a style that was clearly influenced by the punk of the period, but which also had sort of a Pete Townsend-esque quality to it. ... LP, Vinyl record album