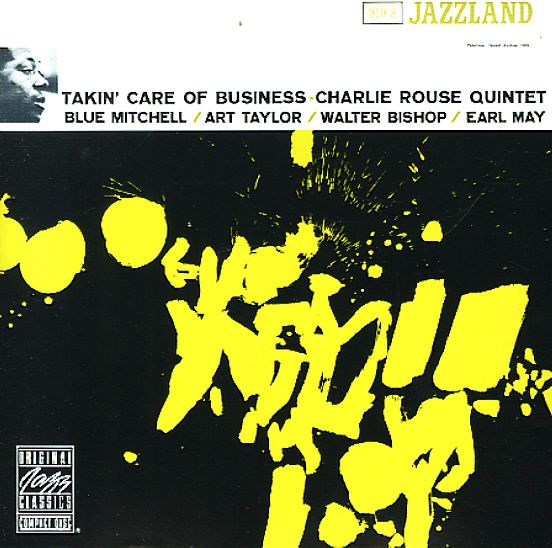 Great session of deeply soulful tenor work, featuring Rouse in a group with Blue Mitchell, Walter Bishop, Earl May, and Art Taylor. At this point in his career, Rouse is in his pre-Monk days – but beginning to experiment heavily with a more modernist approach to hardbop. The results are great – especially on tracks like "Blue Farouq", "Wierdo", "204", and "Pretty Strange" (the latter two of which are originals by Randy Weston, making a first appearance on this session.)  © 1996-2022, Dusty Groove, Inc.

Tetragon
Milestone/OJC, 1967. Used
CD...$9.99 (CD...$11.99)
An excellent set that really shows Joe Henderson perched on the edge – hanging between his Blue Note hardbop work of the 60s, and his freer work of the early 70s! The lineup's a great one – with Kenny Barron on piano, Ron Carter on bass, and either Louis Hayes or Jack DeJohnette on ... CD

Elements
Milestone/OJC, 1973. Used
CD...$12.99
One of the greatest Joe Henderson albums of the 70s – a suite of tracks dedicated to the four elements – and served up with some great accompaniment from Alice Coltrane! The style here is a wonderful mix of Coltrane's spirituality and Henderson's down-to-earth soulfulness – in a ... CD