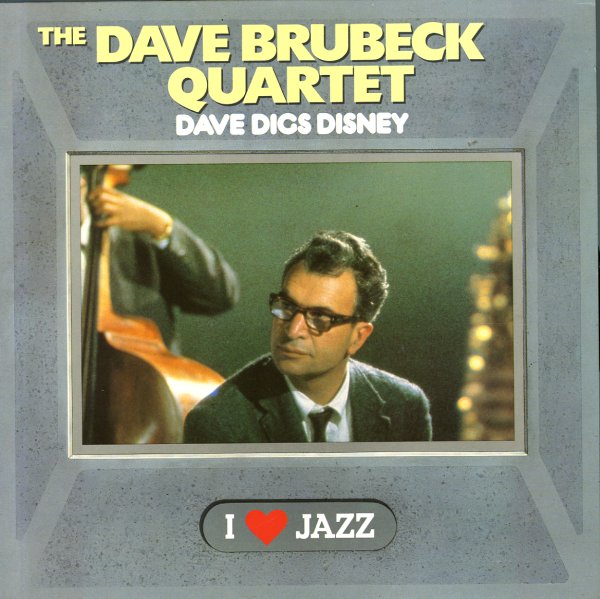 Dave Digs Disney – and hence, so do we! The album's one of the first to ever pay tribute to the great compositions heard in Disney films – and it features the magical sound of the Brubeck Quartet, turned upon a host of familiar numbers, and transforming them into longer vehicles for jazz improvisation. Given Dave's great sense of play with rhythm and timings, the tunes really get changed up in these versions – in a way that takes best advantage of the modal rhythms and jazz waltz styles that many of them share. Paul Desmond's alto work is as impeccably-handled as ever, and Joe Morello's sprightly drums seem perfectly at home with the tunes – as does Dave's warmly lyrical work on piano. Titles include "Alice In Wonderland", "Give A Little Whistle", "One Song", and "Someday My Prince Will Come".  © 1996-2021, Dusty Groove, Inc.
(Cover has some notes in pen and light wear.)