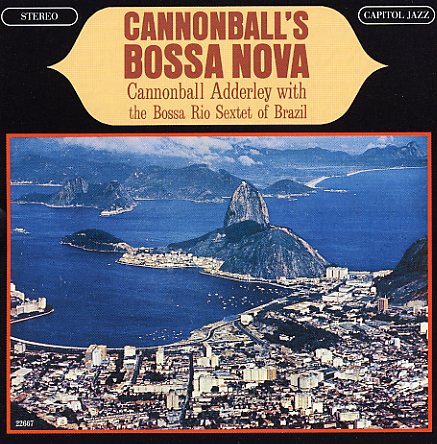 Cannonball Adderley recorded this nice little groover in 1962, when American musicans were just getting on the bossa tip, and still keeping things pretty authentic. The record was cut in New York with Sergio Mendes' early Bossa Rio group – the legendary Brazilian jazz ensemble that featured Paulo Moura, Dom Um Romao, and Durval Ferreira. The mixture of tight bossa rhythms and Cannon's soulful sax is totally great – and it's only because the Riverside label was folding at the time that the record never got bigger fame. It's here now, though, and the record's a real treat – especially at this price! Includes the cuts "Joyce's Samba", "Clouds", "Minha Saudade", "Corcovado", "Batida Diferentes", and "Sambops". Plus, the CD also features bonus single versions of "Corcovado" and "Clouds"!  © 1996-2020, Dusty Groove, Inc.
(Mark through barcode, disc has a promo stamp.)

At The Village Vanguard
Riverside, 1961. Used
CD...$3.99
One of Bill Evans' landmark sessions with the young bassist Scott LaFaro – a player who made key contributions on every record he touched, then left this earth far too soon in his career! The live session's a perfect demonstration of the way that the Evans trio format not only re-worked the ... CD

That's Right!
Riverside, 1960. Used
CD...$8.99
Nat's trumpet is backed up by the "big sax section" here – a trio of reed players that includes Yusef Lateef, Jimmy Heath, and Charlie Rouse, plus some additional baritone work by Tate Houston. The groove's pretty swinging – kind of in the mode of early work with Cannonball ... CD