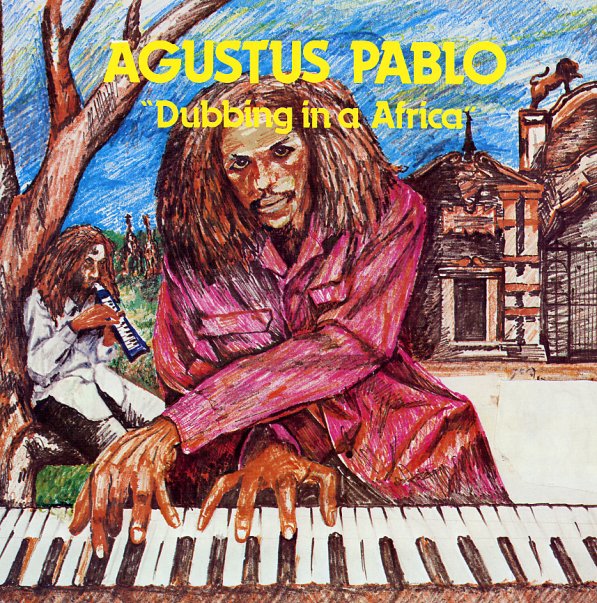 Uber-classic dub from Augustus Pablo! Dubbing In A Africa was produced by Pablo and features a rhythm section of Bingy Bunny, Sly & Robbie and Gladdy. Here they deliver a nice, tight set of tunes which like many of Pablo's other classics, veer closer to rhythm workouts than deep space dub excursions – and we ain't complaining about that! Tremendous stuff from one the greats! Titles include "King Of Kings Dub", "Herbal Weed Dub", "Dub In Ethiopia", "Dubbing In A Africa", "Nigerian Love Dub", and "Mount Of Olives Dub".  © 1996-2022, Dusty Groove, Inc.