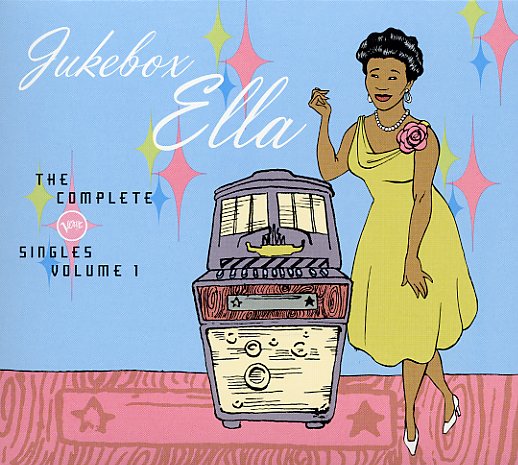 A much-needed look at a near-lost side of Ella's work for Verve – the singles she recorded for the label in the 50s and 60s, work that's very different than her more famous LPs! Historically, Ella's probably best remembered for her Songbook albums at Verve – serious efforts that focused on the work of 20th Century songwriters like Cole Porter and Irving Berlin. But during the same years she was working on those projects, she also cut a tremendous amount of singles for the label – many of them in styles not heard on LPs. The set's got some really wonderful numbers that really open up our understanding of Ella – short jazzy tunes, catchy pop numbers, weepy ballads, bossa nova, novelty tracks, and even a few Holiday tunes – all packaged in a great 2CD set that includes 36 titles in all! Tunes include "Ol Man Mose", "Desafinado", "Stardust Bossa Nova", "All The Live Long Day", "I'm A Poached Egg", "Your Red Wagon", "But Not For Me", "Dreams Are Made For Children", "Stay There", "Hotta Chocolatta", "Too Young For The Blues", "It's Only A Man", and "Lonely Is".  © 1996-2021, Dusty Groove, Inc.
(Out of print.)