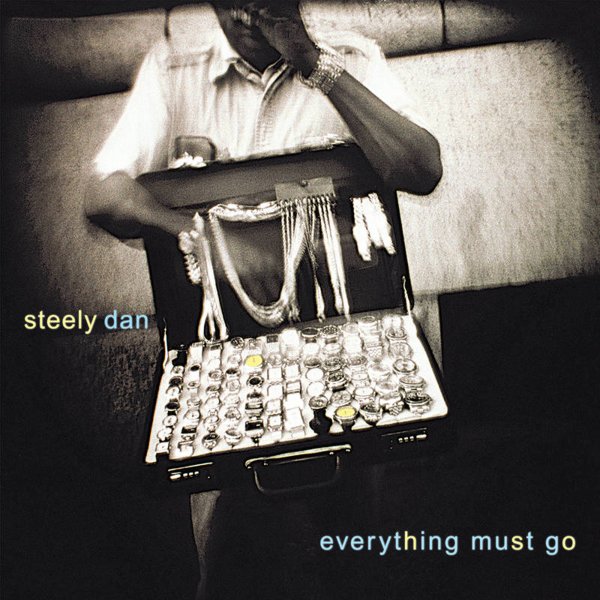 The second Steely Dan album in the last three years, and only their third in the previous 20! On Everything Must Go, the Dan take a more laidback, easy funk approach to the arrangements than the incredibly grand scale of their mid-to-late 70s work. The tunes are comparably minimal, in fact, but don't fret it. For one thing, they have nothing left to prove in the grand jazz rock vein – they've already reached the top of that mountain. There is no need for Becker and Fagen (or we fans) to stress over topping Aja all these years into their career, especially when they can crank out a wonderfully hummable groove and barbed, incisively witty lyrics in their sleep. They are still way, way, WAY more interesting in 2003 than pretty much all of their poorly-aging 70s contemporaries, and the fact that we still have these guys in fine form is something we refuse to take for granted! Tracks include the title song, "The Last Mall", "Blues Beach", "Godwhacker", "Slang Of Ages", "Green Book", and more.  © 1996-2021, Dusty Groove, Inc.
(Out of print.)

Are You Experienced?
Reprise, 1967. Used
CD...$4.99 (CD...$5.99)
Not experienced? Well, this album will help push you over the top – as it's done for decades of listeners from the heyday of young Jimi Hendrix all the way up to the present! The set's a classic through and through – a blueprint not just for the genius of Hendrix, but for generations ... CD