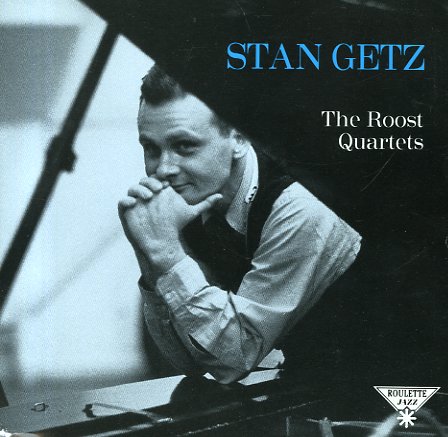 Moonlight In Vermont
Roulette, 1952/1953. Used
CD...$5.99
A beautiful document of some of the most laidback jazz ever recorded – the sublime 50s recordings of the Johnny Smith group, done at a time when the lineup included Stan Getz! The tunes on the set feature Johnny's mellow electric guitar setting the pace, alongside wonderfully-blown early ... CD

Birdland All Stars Live At Carnegie Hall
Roulette, 1954. Used 2 CDs
CD...$12.99
A smoking set of all-star performances – recorded at Carnegie Hall in 1954, and with a sense of tremendous talent that may well blow away some of the Jazz At The Philharmonic sets of the time! The material here is heavy on Count Basie performances – excellent material from that period ... CD

Message From Birdland (with bonus tracks)
Roulette, 1959. Used
CD...$9.99 (LP...$8.99)
Put aside your reservations about Maynard Ferguson, because this is a very hip little record – one of Maynard's excellent early sessions for Roulette Records, and like the rest, done with a group that's overflowing with top-shelf players! Ferguson's definitely got a great ear for putting ... CD